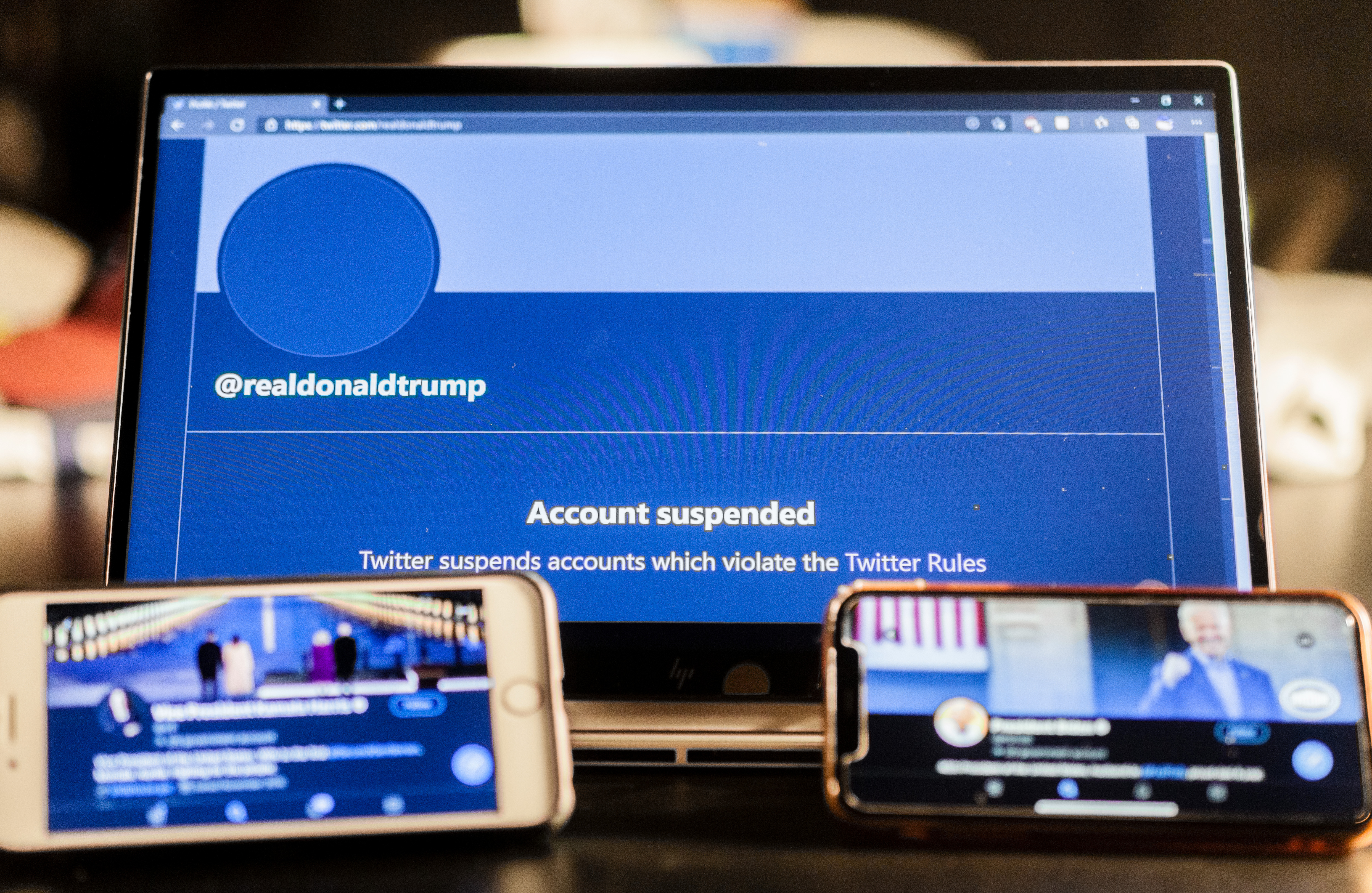 As American lives become increasingly digital, the stage is set for a new kind of political rhetoric. Lights. Camera. Smartphone.

The security breach at the U.S. Capitol showed the world how a few words online could become the slogan for organized violence.

Twitter was the first to issue a temporary ban on President Donald J. Trump’s account on Jan. 6.

Facebook then issued a permanent ban on Jan. 7, and Twitter followed with a permanent ban after asserting that Trump’s posts “can be mobilized by different audiences, including to incite violence” in a blog from Jan. 8. Google, Snapchat and other organizations have followed suit — either with permanent bans or by restricting former President Trump’s accounts.

With the relationship between social media and politics reaching a new,
tempestuous furor, some have asked if politicians should even be allowed to post on social media at all.

Adam Peters, sophomore computer science major, said that social media could be a good platform for politicians to speak, as long as they do it responsibly.

“Social media helps bridge the gap and allows politicians to directly share their plans and personalities with large numbers of people,” Peters said. “Some may find a politician’s messages as information while others may vehemently attack the individual, often the attacks being ad-hominem.”

Brady Clayton, senior communication sciences and disorders major, said Twitter is not the only social media site. Perhaps other sites can step in to combat the volatility of Twitter.

“It’s very situational,” Clayton said. “Platforms such as Twitter provide information while also being about a large toxic audience.

“However, there is a large community that is not on Twitter, and social media platforms like YouTube can bring about good political information to an audience who isn’t always seeking it.”

It has become more and more difficult to trust the information on the web.

In the face of so much profit in “fake news” and unethical advertising, the internet remains an informational staple in society. It is crucial to the way modern society works.

When asked if people can trust anything politicians say online, Chase Porter, assistant professor of political science, said he thinks some information can be trusted, but to take it with a grain of salt.

“The question of trust is not just a matter of medium,” Porter said. “We’ve been dealing with the question of political trust well before posting online was an option.”

Just like any other era, people must stay vigilant against the continuing threat of misinformation.

View all posts by Luc Stringer →

Have a great first day, Lancers! We hope that your first day or online remote learning is wonderful, if you’re on campus or at home. Stay tuned here at @cbulancermedia for news on what’s new with our campus… https://t.co/vSlcT0g7ZE

If you want to read about how Southern California’s Apple Fire started and what organizations have done to help first responders and people in the community. Check out the link in our bio #LMG #LancerMediaGroup #Lancers

Spend a weekend in Santa Barbara with your dawgs! Read all about it in issue 2 of Pursuit on March 9th. 🐶#LMG #LancerMediaGroup #Lancers